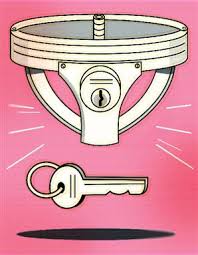 This is one of the reasons I am so GOOD in being an actual hoe.
Too damn risky.
Any Wolf that wants to get up in this WILL be tested.
I’m not even playing that…
Lately, I am meeting a lot of Wolves and Foxes who have HIV, that it is getting scary.
This one Wolf who was interested in talking to me,
I found out had it and recently gave it to someone else.

IS THERE ANYONE OUT HERE
WHO IS DISEASE FREE (and not an idiot)
THAT WANTS TO CUFF THE KID?????

I had to vent that real quick…

Anyway,
my ATL readers,
after reading this please be careful…

ATLANTA — 11Alive News is sounding the alarm.
Research shows African-American women, many living in Atlanta, are being infected with HIV — so much so that the new cases are being compared to African countries.
Data collected in 2009 from the health departments in Clayton, Fulton, DeKalb, Cobb, Douglas and Gwinnett counties indicates infection rates of HIV and AIDS, respectively, as follows: (This is for women and men combined, all races.)

In another study conducted by the Centers for Disease Control, black women make up 60 percent of all new HIV cases among women. That’s 15 times higher than white women and four percent higher than Hispanic women.
But studies also show black women areno more likely than women of other races to engage in risky behaviors.
So what’s the problem? We went searching for some answers.

“I sat back and it’s like he stole my life,” said Terri Gardner of Cartersville. “I wanted him dead.” Why? “Because now — you have not only taken my life. Who wants somebody that’s HIV positive?”
Gardner, 55, said she was robbed by the man she says infected her with HIV.
“He had my heart and it seems like he just got it and did what he wanted to do and that’s what he did,” said the mother of four, adding that it all came as a surprise.

“I didn’t even know when I got infected,” Gardner said.
That’s until she was approached back in 2006 at an event in Cartersville
“And they said, get your free HIV test. I said, ‘Free?’ … and the dude looked at me and said, ‘You want to pay for it?’ and I said no,” she said.
True to her larger-than-life personality, she got tested several times, and the results came back positive.
“Was this someone you were married to, dating, sleeping with?” 11Alive’s DeMarco Morgan asked.
“It was somebody I’m going to say dating/sleeping with, and it had been that way since 2002,” Gardner said.

Gardner said the man, who we’re choosing not to name, may have infected several women.
The CDC estimates that nearly one in 30 black women will be diagnosed with HIV during their lifetime.
The reasons could be attributed to social, socioeconomic and environmental factors.
Research also shows financial dependence may limit black women’s negotiation powers with their male partner when it comes to having safe sex.

“We trust that man and we want to believe that he’s telling the truth,” Gardner said.
Even worse, the HIV Prevention Trials Network (HPTN) followed more than 2,000 women in several cities, including Atlanta, comparing the rising number of cases to HIV rates in some African countries.
That alone has Gardner using her own experience to hopefully inspire everyone to get tested.
“Is it your faith?” Morgan asked.

“Yes it’s my faith,” Gardner proclaimed. “I believe in my Father in the name of Jesus. I pray to him. And I cry to him and I talk to him and he makes me laugh. He fills me with joy. He lets me know — girl, I’m with you.”
For more information about HIV/AIDS testing, visit:
African American Women Georgia: http://www.aanwg.org
SisterLove, Inc.: http://www.sisterlove.org
HIV Prevential Trials Network: http://www.fhi360.com
Centers for Disease Control – Take Charge. Take the Test: http://www.hivtest.org/takecharge
Georgia Department of Community Health HIV/AIDS Surveillance fact sheet

And I hear down there is so trife with that.
I thought NY was bad when it came to Wolves fucking Vixens, and then have a Fox on the side.
I hope everyone really starts keeping a condom box next to their bed head.

Just as a reminder to wrap it up.

33 thoughts on “ATL VIXENS and FOXES: LOCK THAT JUICY PUSSY DOWN!”

If you wouldn't say it on live TV with all your family and friends watching, without getting canceled or locked up, don't say it on here. Stay on topic, no SPAM, and keep it respectful. Thanks! Cancel reply